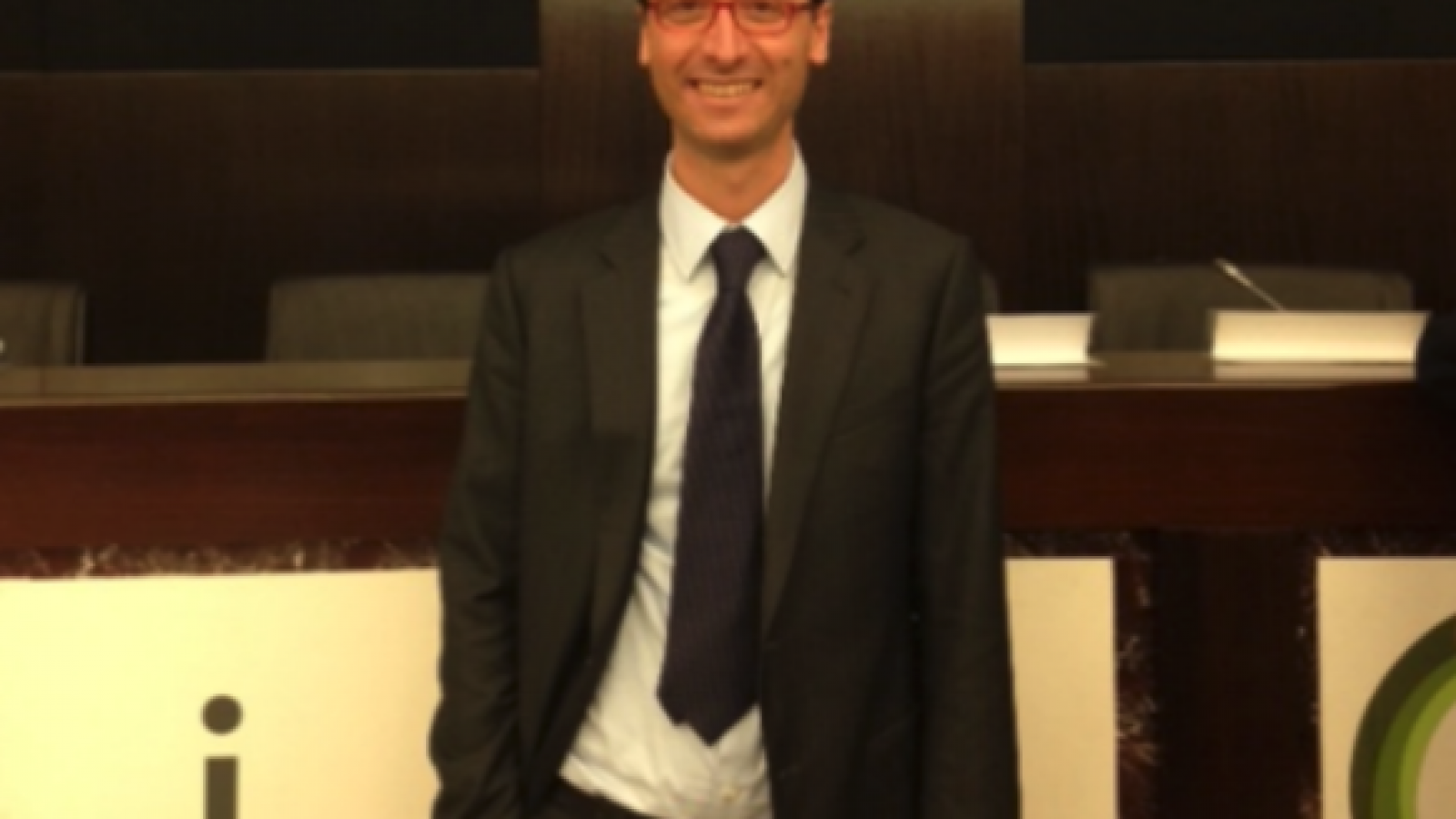 Granted the InnoWWide VAP Call 1, the IoT Microturbine project seeks to understand the industrialisation and commercialisation potential of their energy-harvesting, coin-sized microturbine in the Peruvian gas production sector. Founder and CEO, Emanuele Guglielmino PhD. explains their route to internationalisation and expansion to the Latin American market.

IoT Microturbine enables off-grid IoT applications and data-driven management of gas networks in Peru. Could you explain the project and its objectives in a few more words?

The microturbine has been designed to self-sufficiently and reliably monitor power and control apparatus helping to detect and reduce leaks in gas pipes. Ultimately, the technology assures gas pipeline infrastructure functionality. It is an innovative self-powered gas management system that simultaneously enables continuous remote monitoring and efficient pressure management of gas networks through data-driven decisions.

The architecture of the turbine is relatively like that of an aircraft engine. At the core of the technology sits this novel, patented, highly miniaturised microturbine (coin-sized, 14 mm diameter), designed to be introduced into the gas distribution pipelines, taking advantage of any existing pressure drop in the system to generate electricity in off-grid contexts (e.g. remote areas). It harvests the available energy for free, with no emissions or burning of fuel. The Microturbine together with a smart IoT technology for real-time monitoring and control in the project, allows a more energetically efficient management of pipelines with increased reliability, and reduces operational costs.

What other impact does the Microturbine have beyond operational cost-savings and reliability?

The IoT Microturbine addresses the “Secure, clean and efficient energy” societal challenge. The European Commission Energy Roadmap 2050, sets out that substituting coal and oil with gas, using new technologies, could help reduce emissions until 2035. Our solution contributes to lowered carbon emissions by reducing impaired performance, e.g. due to leaks.

Active pressure management enabled by the microturbine allows operating at low pressure. It offers energy savings and contributes to reduction of gas leakages, which contributes to lowering the impact of the greenhouse effect and global warming (methane has an impact 84 times higher than CO2 on global warming). Considering the 30 W microturbines, over a year microturbine installations produce 262.8 kWh for each installation point. Considering that only in Europe there are already about 200,000 potential installation points, based on the assumption that 25% will be equipped with our solution, this results in a production of 13,140,000 kWh that are equivalent to 5781 tons of CO2 saved. As such, our microturbine directly contributes to making the gas network more reliable, energetically efficient, more economically managed and more environmentally friendly.

The Peruvian gas production market knows many more competing countries in terms of yearly gas production quantities. How did your choice for expansion to Peru came about?

Based on existing contacts and awareness of the potential of the larger Latin American market we set out to analyse industrialisation and commercialisation of the microturbine in Peru.

How did the InnoWWide VAP grant and network supported you?

Encountering a different Latin American gas pipeline infrastructure compared to the European system, our main challenges focused on defining the requirements for technical installations and finding the right partners abroad with the right blend of technical and commercial skills.

The InnoWWide VAP grant enables Advanced MicroTurbines Srl to analyse in detail the Peruvian markets, including the regulatory and legal framework. Based on existing contacts with a local engineering company and technology consultancy partner which followed out of the earlier SME instrument grant and the latest collaboration with Themma S.A.C., new contacts could be established with local companies supporting in marketing and installations. As a result two major gas companies could be approached and pilot tests could be prepared.

The partnership with Themma S.A.C. helped to find the right local, potential distribution partners in Peru, with the appropriate blend of technical and commercial skills. It successfully bridged the Italian and Peruvian operating realities with the right contacts and has been instrumental in forming the foundation of the commercial expansion in Latin America – a region where Italian products are highly valued due to the quality stamp that comes with technology produced in the European Union.

Overcoming the foreign market entry barrier in Peru, has led to access other countries in Latin America such as neighbouring country Colombia.

Furthermore, the participation in the InnoWWide VAP grant call has opened doors for the IoT Microturbines project to other EU-funding opportunities.

What are your next steps?

We realised the commercial potential outside of Peru in neighbouring countries, such as Colombia. We now plan to realise a number of installations in Peru and subsequently expand to neighbouring countries. To stimulate large-scale implementation in Latin America we, the team of the Italy-based company Advanced Microturbines Srl, are seeking to obtain additional support from EU-funding..

A detailed explanation of the concept and its application can be viewed in the product demo video here.

Read more about the InnoWWide VAP Grant and Microturbines IoT in the case study here. 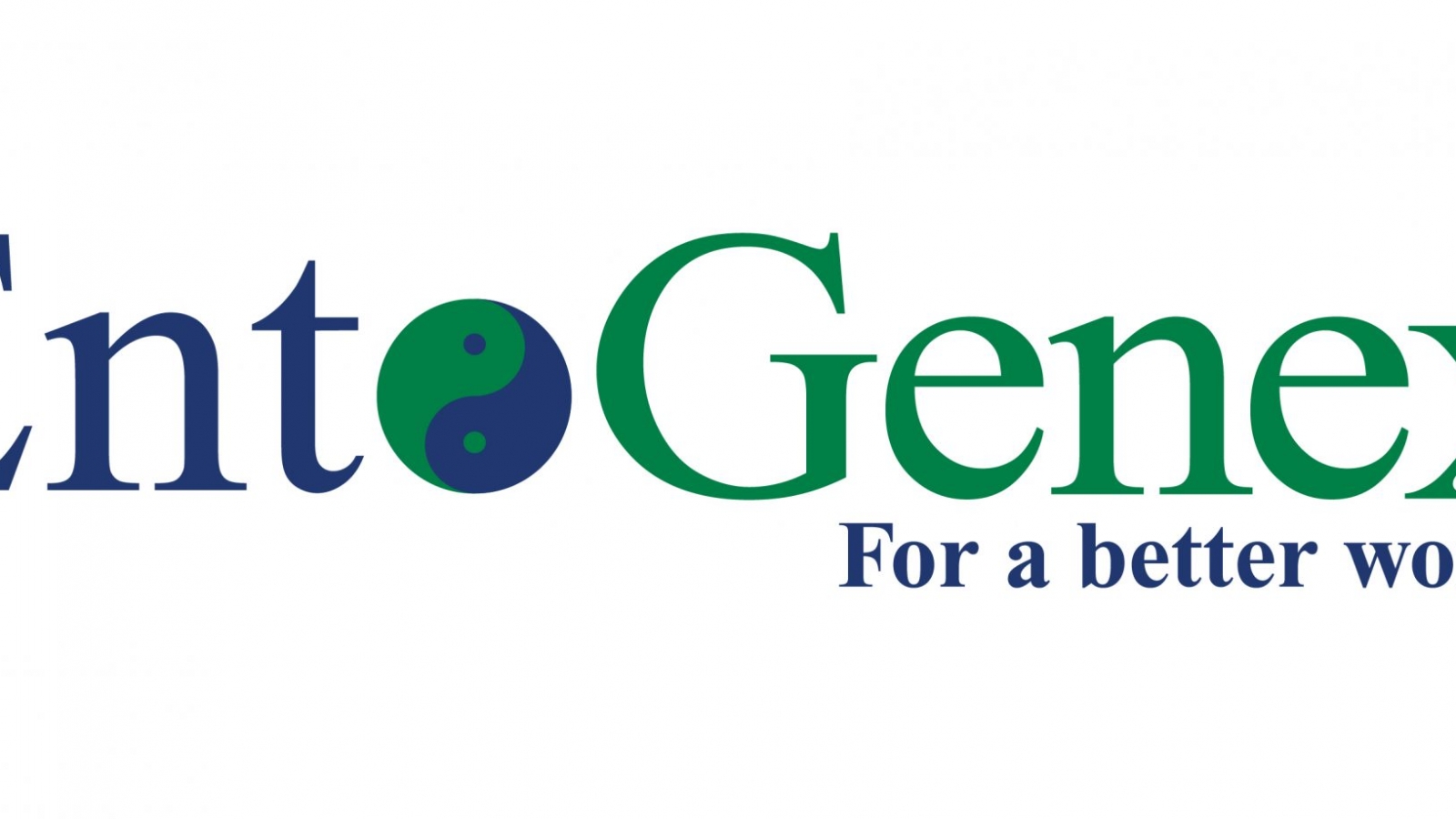 Portugal-based SME EntoGenex Europe in collaboration with the Brazilian Agricultural Research Corporation (EMBRAPA) is developing an innovative pesticide with disruptive potential, targeting insects that are harmful to Brazilian and European crops. Internationalisation of European innovative SMEs finds support from the InnoWWide programme, which grants companies the opportunity to collaborate, develop and test the viability of their solution in markets outside of the EU. As one of the 120 companies that will receive InnoWWide funding, EntoGenex is now well on its way to access the complex mosquito-insecticide market with an estimate global value of 8 billion Euro.

From Portalegre, close to Lisbon the team of five with pharmacists, engineers, R&D specialist and support-staff works on market entry of a highly effective, non-toxic to other species and environmentally friendly alternative to chemical pesticides. Born in 2018 as a spin-off from the pharmaceutical company Biolotus the technology has pivoted multiple times. It developed from a solution targeting the change of enzymes in the gut-system of tropical mosquito larva to broad applicability in the agricultural sector. Recently, with the support of the InnoWWide grant, EntoGenex once more improved their solution. With their biolarvicide targeting mosquito larvae already on the market, it has widened its expansion focus to the agricultural sector and emerging opportunities in the livestock market, with the aim to develop target-specific biopesticides based on existing technology targeting plagues from crops.

‘’If it were not for the InnoWWide VAP grant, the already planned expansion to Brazil would not have happened now. Nor at this pace. InnoWWide gave us a ‘stamp of approval’ that helped open closed doors. In addition to the financial support, which made a big difference in pushing us to take the risk at this stage of development, we created a tested, operational market penetration that we apply for the expansion to Brazil and the next markets we approach’’, explains Estevão Mano, Business Development Manager.

Building on the companies technological, R&D and entrepreneurial strengths EntoGenex Europe reached out to a local partner that could fill in the blanks on local regulatory expertise and local market knowledge. With EMBRAPA, one of the largest R&D companies in agriculture and livestock in the world and specialised in Brazilian crop and livestock market, they set out to better understand the potential of their innovative technology and the route to the Brazilian agricultural market.

The joint-project carried out under the InnoWWide grant specified four main aspects: technological, regulatory, intellectual property and market. In addition to EMBRAPA, local companies were consulted to analyse the Brazilian IP and regulatory landscape. A market specialist identified missing information on main players, distribution channels, consumer behaviours and needs, and market size. Brazil is one of the three largest consumers of pesticide in the world.

‘’With this comprehensive analysis and valuable new partnerships, we were able to outline a project to develop a new innovative product, targeting insects that are harmful to Brazilian crops, and are also present in other markets.’’

Reflecting on the scale-up activities of European SMEs and the challenges they bring, the example of EntoGenex Europe highlights the importance of connecting with local partners and networks. ‘’The main challenge was to find the right partners to provide the information we needed and help structure our local project, especially in this complex market.

Based on the solidified, long-term partnership with the Brazilian R&D leader, EntoGenex Europe will advance the research project and development of a new product. Among the next steps will be to analyse and explore the technology developed in Europe against plagues that harm livestock. Additional funding for both the R&D activities will be required as biopesticide development is cost and time-intensive. We are exploring both grants and venture capital investment options that will help us take the next growth and internationalisation step.

This project has received funding from the European Union’s Horizon 2020 Research and Innovation programme, under the Grant Agreement number 822273. This publication reflects only the author’s view and the Commission is not responsible for any use that may be made of the information it contains.

This website uses cookies to improve your experience while you navigate through the website. Out of these, the cookies that are categorized as necessary are stored on your browser as they are essential for the working of basic functionalities of the website. We also use third-party cookies that help us analyze and understand how you use this website. These cookies will be stored in your browser only with your consent. You also have the option to opt-out of these cookies. But opting out of some of these cookies may affect your browsing experience.
Necessary Always Enabled
Necessary cookies are absolutely essential for the website to function properly. This category only includes cookies that ensures basic functionalities and security features of the website. These cookies do not store any personal information.
Non-necessary
SAVE & ACCEPT